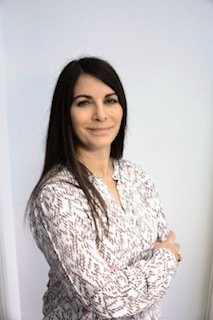 Madeleine Black has an unusual personal story which she uses to inspire and motivate others. She chose to forgive the two men who gang raped her at thirteen years old and she shares her story for many reasons. She wants to end the shame, stigma and silence surrounding sexual violence enabling others to find their voice, whatever their story is. The sharing of her story publicly on The Forgiveness Project’s website in September 2014, opened many doors for Madeleine in ways she never imagined, and the invitations started to pour in. Many women and men got in contact and explained how reading her story gave them strength, hope, and a different perspective of what’s possible in their lives. She has taken part in both TV and radio interviews and has been invited to share her story of being gang raped as a teenager at conferences, book events, schools etc. In March 2018 she won the Amazing Strength award at the No. 1 Magazine Amazing Women Awards and in October of the same year was asked to be the Patron for Say Women, a Scottish organisation which offers safe accommodation and support to young women who are survivors of sexual abuse/rape and who are homeless. She is one of 50 Thrivers taking part in research by The Global Resilience Project to develop a resilience blueprint for others. She is a TEDx speaker, a story teller for The Forgiveness Project and has recently become involved with their programme RESTORE, sharing her story in prisons Her memoir, Unbroken, was published on April 4th 2017.